Kubernetes (AKA k8s) has gained widespread adoption in recent years as a platform for microservices due to its ability to seamlessly automate app deployment at scale. Pinterest uses a suite of over 1000 microservices to power their “discovery engine”. Imagine having to configure and manage servers to run these services manually. It’s an Engineer’s nightmare to say the least.

Kubernetes bills itself as “a portable, extensible open-source platform for managing containerized workloads and services”. In simple terms, Kubernetes helps to automate the deployment and management of containerized applications. This means we can package an app (code, dependencies and config) in a container and hand it over to Kubernetes to deploy and scale without worrying about our infrastructure. Under the hood, Kubernetes decides where to run what, monitors the systems and fixes things if something goes wrong.

I particularly like James Lewis' and Martin Fowler’s definition of microservices as it points out why Kubernetes is such a good solution for the architecture. “The microservice architectural style is an approach to developing a single application as a suite of small services, each running in its own process and communicating with lightweight mechanisms, often an HTTP resource API. These services are built around business capabilities and independently deployable by fully automated deployment machinery. There is a bare minimum of centralized management of these services, which may be written in different programming languages and use different data storage technologies”. Kubernetes is in fact a “fully automated deployment machine” that provides a powerful abstraction layer atop server infrastructure.

In this tutorial, we’ll be deploying a simple microservices app called Yoloo on Google Kubernetes Engine (GKE), a managed Kubernetes service on Google Cloud Platform. Yoloo uses a pre-trained YOLO (You Only Look Once) model to detect common objects such as bottles and humans in an image. It comprises two microservices, detector and viewer. The detector service is a Python/Flask app which takes an image and passes it through the YOLO model to identify the objects in it. The viewer service is a PHP app that acts as a front-end by providing a User Interface for uploading and viewing the images. The app is built to use two external, managed services: Cloudinary for image hosting and Redis for data storage. The source code is available on my GitHub.

Download or clone the project with Git: git clone https://github.com/nicholaskajoh/microservices.git.

Change directory to viewer/ and install the PHP dependencies. You need to have PHP and Composer installed.

Visit https://console.cloud.google.com/home/dashboard and create a new project. You need to have a Google account.

NB: Google offers a tier with $300 free credit (for 1 year) to use any GCP product you want.

NB: Make sure you enable billing for your project.

Go to the Kubernetes section of GCP and create a new standard cluster. GKE uses VM instances on Google Compute Engine as nodes in the cluster.

Kubernetes uses container images to launch pods. Images need to be stored in a registry where they can be pulled from. GCP provides a registry, the Google Container Registry, which can be used to store Docker images. Let’s build the images for the detector and viewer services and push them to GCR.

In this deployment, we want to run 3 copies (replicas: 3) of the detector service (- image: gcr.io/{PROJECT_ID}/detector-svc) for availability and scalability. We label the pods (app: detector-svc) so that they can easily be referenced as a group. We alse choose rolling updates (type: RollingUpdate) as our redeployment strategy. Rolling update means we can update the app without experiencing any downtime. In other words, k8s gradually replaces pods in the deployment so that the application is always available to consumers or clients even when an update is taking place.

We choose a different redeployment strategy (type: Recreate) in the viewer service. This strategy destroys existing pods and recreates them with the updated image. Also, we’re going with 2 replicas here.

Notice envFrom under containers in both deployments? We’ll be loading our environment variables from a k8s Secret which we’ll create soon.

The k8s services (not to be confused with microservices) in detector and viewer, detector-service.yaml and viewer-service.yaml, share traffic among a set of replicas and provide an interface for other applications to access them. The detector service uses the ClusterIP k8s service which exposes the app on a cluster-internal IP. This means detector is only reachable from within the cluster. The viewer service uses the LoadBalancer service which exposes it externally to the outside world.

NB: we use the labels (app: detector-svc and app: viewer-svc) to select the group of pods created by the detector and viewer deployments, and make both services available on port 80.

As mentioned earlier, Yoloo depends on Cloudinary and Redis. Cloudinary is a cloud-based image/video hosting service and Redis is an in-memory key-value database.

Create an account on Cloudinary and on Redis Labs (a free managed Redis hosting service).

Create .env files from the example env files in both services (.env.example) and populate them with your Cloudinary and Redis credentials.

Notice the url in DETECTOR_SVC_URL? Kubernetes creates DNS records within the cluster, mapping service names to their IP addresses. So we can use http://detector-service and not have to worry about what IP a service actually uses.

kubectl is a CLI tool for running commands against Kubernetes clusters. To get Kubernetes to run our microservices, we need to apply our deployments and services on the cluster. Outlined below are the steps involved.

Install kubectl CLI for your OS.

Set your Yoloo GCP project as default on the gcloud CLI.

Set the default compute zone or region of your cluster. You can find this in the cluster details page on your GCP dashboard.

Generate a kubeconfig entry to run kubectl commands against a your GCP cluster.

NB: if you use minikube, you can use the following command to switch back to your local cluster.

Create k8s Secrets from the .env files in both services.

You can use the following commands to update the secrets.

Visit your GKE cluster dashboard on GCP and check the Configuration section. You should see the detector and viewer service secrets.

NB: If you want to view the secrets on your k8s cluster (e.g when debugging), you can install the jq utility (https://stedolan.github.io/jq/) and run the following where my-secrets is the name of your k8s secret.

Check the Workloads section of the dashboard. You should see the detector and viewer service deployments.

The detector and viewer k8s services can be found in the Services section of the dashboard.

To visit the application, go to the viewer service page on the dashboard and locate the External endpoints IP address.

UI of the Yoloo app 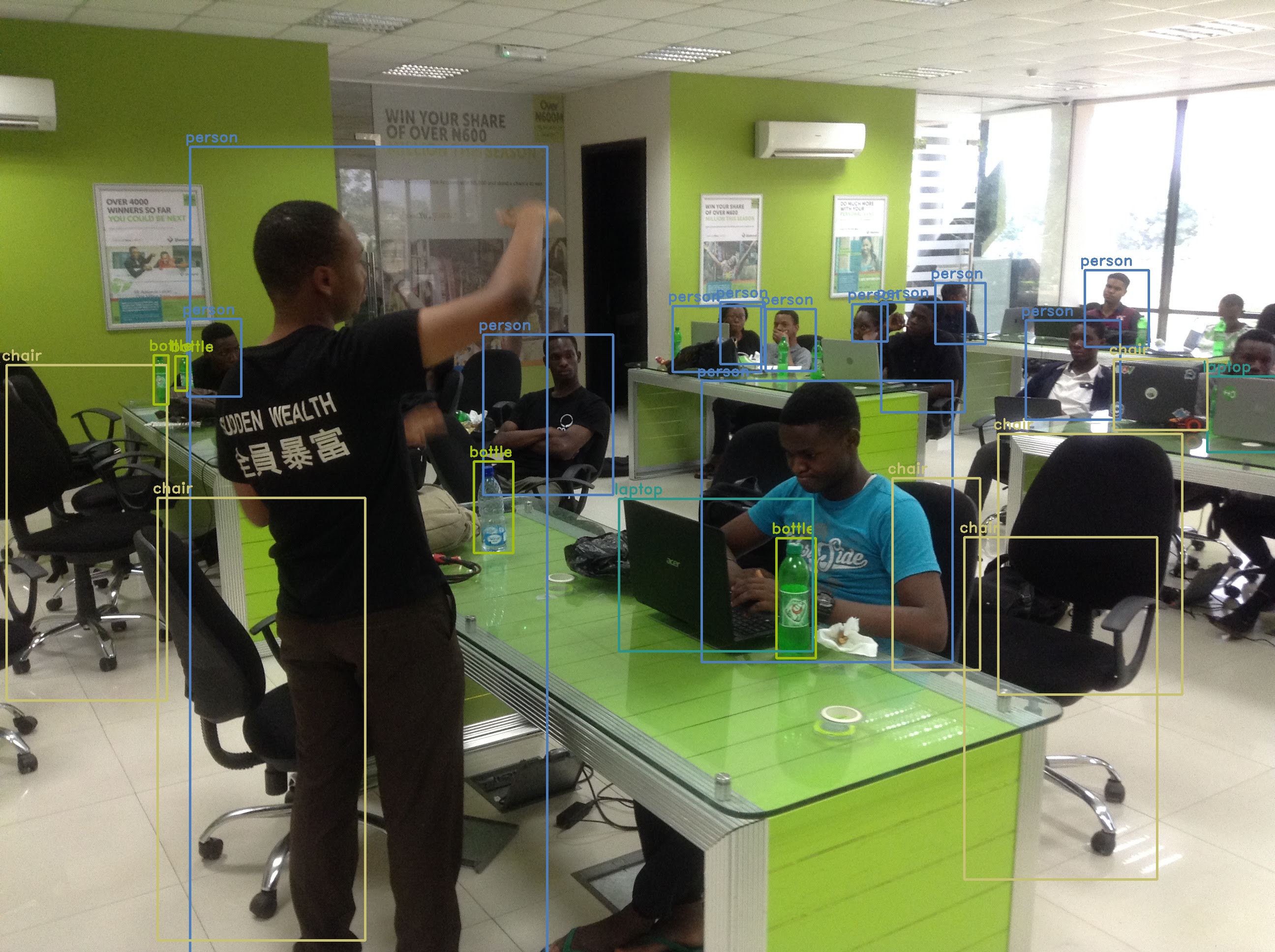